Athletic highlights on an exacting level in combination with powerful emotions. That is Beach Volleyball. 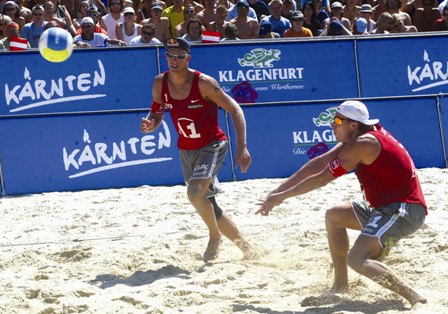 The AllYouNeed Hotel Klagenfurt – be part of it!

For the duration of the Beach Volleyball Grand Slam, Klagenfurt does not rest at all. The AllYouNeed Hotel Klagenfurt provides you the perfect spot to find a sound sleep, but it is still close enough to reach the center court within a few walking minutes.

Excitement in the Center Court

While some return at sunrise from unforgettable parties, the others are already on their way to the center court. Only those who are waiting early in the morning in front of the stadium have the chance to receive one of the desired seats in the stadium. It's worth it; the atmosphere in the stadium is unique. This is not a surprise; the world's greatest teams are playing in Klagenfurt. This year it's even more exciting in the stadium at the Wörthersee. The last points for participating in the 2012 Olympics in London will be awarded. Thus the teams will compete even harder than in the previous years.


After the match is before the party 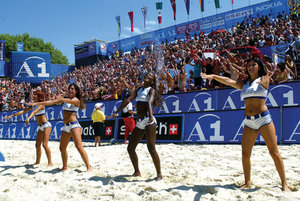 After an exciting day in the stadium you will definitely need a refreshing swim in Lake Woerthersee. Mercifully the stadium is right next to the lake and thus also close to the AllYouNeed Hotel. After refreshing in the lake, we recommend you to relax on the terrace of your panoramic-room. At night when the games are over, the real party starts. No matter where you are in Klagenfurt – you are determined to revel. During the Grand Slam Klagenfurt is a single Party.


Whatever your plan is for the Beach Volleyball Grand Slam– with the AllYouNeed Hotels you will have the perfect starting point - for sure. Be part of the City!

You prefer peace and culture? Then we recommend spending this weekend at one of the AllYouNeed Hotels in Salzburg, Vienna2 or Vienna4.